At Last! You Can Really Create More Time!

How often have you wished you could have more time?

In this age of overwhelming choices and never-ending demands from your job, family, social media … just about every direction … time is becoming more and more precious it seems.

If only there was a genie in a bottle that could give you more time!

Sadly, no genies in bottles, lamps or any other hollow object appeared for me … and I was sinking fast.

I have a busy coaching practice which I run from home. My clients need me. My blog needs me. My social media pages need me. I have courses to study. And I have a lovely wife I want to spend precious time with.

What’s more, sitting in front of a computer from dawn until dusk is a recipe for long term health problems, so I need to exercise, even if it’s just a walk.

But it all takes time.

To do lists became pointless eventually.

Bills were needing to be paid, which meant focussing on making money became the only priority.

Until your computer tells you that your software is out of date and the work that you’re being paid to do can’t be completed until that’s updated. This can mean waiting for several unproductive hours …

My head was spinning !

Now, I believe the law of attraction works. I use it in my life. I’ve attracted a beautiful wife, a top class car … and many wonderful things and circumstances over the years.

But I also believe in the laws of physics. I can attract money or a car … but more time?

Surely, we all have the same 24 hours in any day. That’s not changeable.

Or so I thought …

That was until I was having a conversation about my frantic, frustrated state with a friend who has a more scientific mind than I do. He pointed out something I’d never considered before about time itself.

He told me to consider that there are, in fact, two types of time.

And then there’s subjective time. That’s the speed at which time seems to pass to you personally.

Apparently, even Einstein himself talked about this. All time is relative to the observer - which means we all have our own internal experience of time.

This got me thinking.

Being trained in NLP, I was used to the possibility that we can change our internal experience of just about anything.

For example, if you’re having a bad day and you spend even a few moments thinking about the friend who makes you laugh the most, you’ll cheer up a bit.

It’s a simple example, but the point is, each of us has some control over what we think and how we choose to view life, or anything that happens.

But it had never occurred to me before that time was a subjective experience.

I began doing some research.

I found a huge experiment that had been conducted in the USA back in the 1950s by Dr. Milton Erickson and a professional colleague on helping patients to change their experience of time.

They were able to plan entire menus, for example in just ten seconds of clock time, but they felt as though they had had hours to complete the complex task!

I managed to get my hands on their original book - it’s almost 250 pages of tiny print - but it was worth the read!


Being able to see a baseball or tennis ball as it hurtles towards you …in slo mo!

Having the power to make long haul flights whizz by … while those long romantic evenings watching the sunset can seem to last for days...

Having all the time you need to study or absorb new information … but you’ve used only a few minutes of clock time!

Here’s what I put inside... 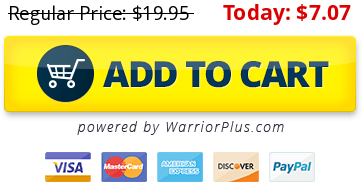 Just imagine how empowering Manifesting Time will be for you ...

Get more done in less time than ever before!

Q: Will this work for me?

A: Yes, it should work for everyone. But it’s never been released in this way before, so it’s expected that each person’s experience will be different - hence the introductory price.

Q: Are there any bonuses?

A: No. I wanted to get this out to you asap. A bonus would only distract from the main program. The five audios are all you need, and again the price reflects the value.

Q: Are there any upsells or additional offers?

A: No. What would they be? The “Time Manifestor” method is complete and stands alone. There is nothing else for you to buy.

Q: Will this price be available indefinitely?

A: Absolutely not. This is a strictly limited launch offer while I test the market and get feedback from customers. The offer maybe withdrawn and the price increased at any time. You are advised to buy now to get in at the cheapest price. 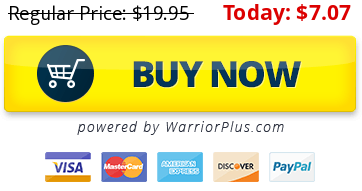 I stand by my products but I accept that there is no such thing as something everybody loves. If you find for any reason that “Time Manifestor” isn’t right for you, simply email your receipt details within 30 days of purchase for a full, no quibble refund.